Due to constant research and development, we have been able to come out with ghani which consume much less power while giving higher output. We have been instrumental in introducing the Fiber parts like rolo, T bush, Topi, Sasan bati for smoother operation. The output also has been increased from a mere 20 kgs/pair to over 50 kgs/pair. With scientific designing and trials, we have been able to automize the ghani production to a great extent making it possible to save on labour and thereby production costs. We are in process of developing Cast Steel spares for the ghani for longer lasting of the parts. We also successfully experimented the running of one pair of ghani by gear box motor combination. The ghani has also been modified to increase weight in selected places to increase load bearing capacity. 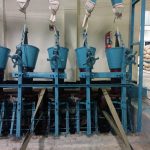 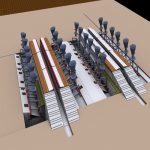 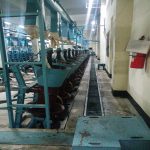 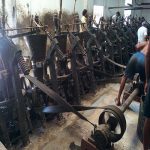